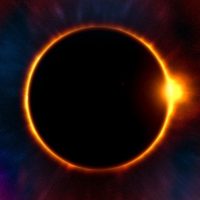 […] May 5th and 6th 2012, coinciding with the upcoming full moon, a massive global visualization event will occur promoting Love and Liberation for all […]