Spiritual Awakening in this world

In this world, and especially at the complex time we are in globally right now, we get overtaken by appearances and externals, as if they are the ultimate reality.  But if you look deeply, it will be apparent that physical reality is not a reality in its own right. It is not noumenal, it is phenomenal. Noumenal means existing in and of itself, independent of human senses and perception, as opposed to phenomenal which needs us to perceive it for it to exist.

There is something existing that is more than the body-mind and the material world, something beyond space and time. And what that is, is the very ‘thing’ that makes the space-time material world to appear in the first place.

We come into life as an (apparent) human being, and for some the journey is about remembering who we are in essence. The realisation of this essential Self is the only lasting antidote to the suffering and anxieties of this human life because not realising the truth is the true cause of suffering.

All worldly happiness and pleasures, being temporary, sooner or later fail to satisfy. We get involved with work, businesses, relationships, groups, causes, accumulating material possessions, trying to achieve success, or going for awards and accolades, and so on. It’s called being human in a rat race. That’s the wordly description anyway. But in reality it’s mostly the work of the ego.

And as a human, we have a greater calling and that is (imo) to realize the truth of who we are at our core. Who we are when this body-mind is no more, who we are in deep sleep when the world is no more for us, who we are in the depths of this very moment.

This of course is not something easy for the egoic mind to contemplate, but in truth, if you really follow your ego / self-image / definitions of who you think you are to their fundamental state, you’ll find that there is no core to your ego in the end, it simply vanishes when confronted.

However, such a direct seeing of our ego takes time, training and courage because although not agreeable for us to face, the ego is massively cunning and rageful. That’s why this journey of spiritual awakening or Self-realisation is so hard. Nonetheless, the caveat to Self-realisation is that we must face ourselves, and on a daily basis we must become emotional masters, as everyday there are challenges, if we are honest and sensitive to ‘what is’.

The ego-dissolution stages that occur for everyone on the true spiritual awakening path are of particular interest to me, and also the stages that are called the dark night of the soul.

I feel strongly about the healing stages of one’s journey because I was propelled into such healing and know how many samskaras are hidden within, for most people/ everyone (except true avatars). And the point is that pain and suffering can be released for good, they do not need to fester. That doesn’t mean we can live in a state of permanent bliss despite what neo-Advaita may lead you to believe, no it is a fact of life that everyday presents challenges. But we can learn emotional mastery – that’s the point. 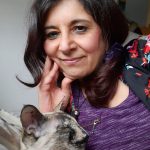 In 2007 spiritual awakening was not a term I knew, despite many long years of new age and ‘personal developement’ type endeavours and practices. Plus I had been born a Hindu in India and in later life practiced Buddhism and Christianity also! Not all at the same time mind you! Guess you could say I was on a search 😏 Funnily-enough of all the religions I practiced, I have in a way come back home to Hinduism, but more the Advaita Vedanta part (the authentic verison, not the lukewarm delusional version in the west!).

When spiritual awakening started, there was an almost tangible feeling of nothingness in my belly. At this point I knew zilch about emptiness, nothingness, void……What I knew was that something very strange was occurring, akin to some crazy stuff, and I was in a state of shock and terror about it as it was just so strange.

At the same time the emotional dam I had kept a lide on for 4 decades burst its banks. The tears seemed without end. I was no longer in control. I felt like a psychological, emotional and mental mess. I thought I was losing the plot and told noone what was going on – brave face, ‘I’m good thanks’ and all that malarky. I simply wasn’t able to play the game anymore. It was the first dark night of the soul.

Alongside the nothingness and the emotional dam opening, I began to feel alien to myself, in that the person / personality who I had believed to have been up to that point was suddenly not me anymore. I couldn’t relate to her anymore.

This was ego-dissolution although, again, I did not know anything about that till I found these terms online when looking for an explanation for what was happening, and then going for healing sessions of various kinds. I thought ego was when you buy a flash car and drive around with the top open sunglasses donned, or when you drop a few famous names into a conversation! Little did I know what ego really was until that point and beyond.

Then a little later, some months into this, something happened in which the Great Intelligence behind everything – God, Source, Truth – answered my prayer and I experienced Truth come alive, transfixed in a dream that continued as I lay there, my third eye pulsating. I received messages,. The vastness pulsated with aliveness.

It was all the more mind-blowing to me as I had always felt mildly jealous of religious people who said they felt the presence of God, yet I just could not feel ‘Him’. Further it was even more mind-blowing because that night I had sat on my bed and exorted and virtually begged God to show me the truth in my dream that night. I knew that that was what I wanted most in life beyond any riches and accolades or the perfect life – the truth, the whole truth and nothing but the truth (so help me God haha).

And I was shown. The Divine Presence that was there that night has never left (it never arrived either as it was always there unbeknown to me), though ego layers can mask it.

The next morning after that ‘dream’ there was less ‘me’ and more being here and now, and there was an awe. This lasted some weeks, maybe months, I can’t quite recall. There was a new seeing. I became rooted in reality (here and now, what is, whatever flavour that may take) on the whole, rather than in my mind ie beliefs, opinions etc. A few weeks after the Glimpse I noticed that the constant loneliness I’d felt all my life had gone. 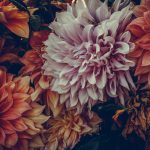 After that I was drawn to many teachers and teachings but eventually seeing that it’s one’s own experience from which one must speak.

I particularly love bhakti through kirtan or dancing to sacred music, here is one of my bhakti playlists.

I used to be a lot more active with this blog previously, now I post only occasionally. Apart from spiritual topics, I have posted information and insights about natural health too. I wrote an ebook on the alkaline diet some years back. I enjoy a good laugh so check out the spiritual jokes page.  I sometimes answer questions on Quora. If I had to choose a favourite page on my own blog it would be the free spiritual ebooks page where you will find many PDfs and ebooks of a wide range of spiritual books and sacred texts. 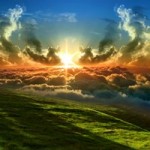 We are in some very challenging times on this planet, and things may get more chaotic in the foreseeable future. There is a groundswell of awakening occurring throughout the globe. We are, as is told in the vedic scriptures, in Kali Yuga, an age of strife and degradation. This is the time to do the inner work and realise our true nature.