Alan Watts – And Why People Resist Waking Up 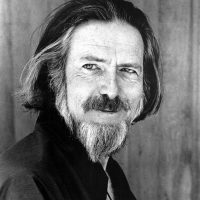 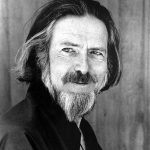 Have you come across Alan Watts? I’ve been listening to him particularly recently and wanted to share some thoughts and some of his videos. His videos are I believe promoted by his son, Mark now, as Alan Watts passed away in 1973 (died in his sleep). A film on his life and works is currently in production – I will be looking out for that.

Why do I like listening to him? Well for one he has the most charming conviction about what he says. And for another, I concur on many counts with the things he says so authoritatively.  He also has the most beautiful, well-spoken English accent and diction. In fact, he was born in Chislehurst, quite an affluent area, not very far from where I’m based (less affluent area!) But he went on to live in the US, including later in California.

There are many great videos of Alan Watts, several of which I’ve listened to. Each one produces great insights and I highly recommend you watch one or two if you can. As a starter, below is one I found quite impactful. And then some of my own thoughts below them.

Alan Watts ~ The Real You

Why People Resist Waking Up

So to try to encapsulate some of the insights which struck a chord with me…
Alan Watts speaks much of how we are not living in the present – and that this is by consent.

We’re driving a car looking in the rear view mirror, that means – that the environment in which you believe yourself to exist is always a past one, it isn’t the one you’re actually in.

His way with words clarifies how unawakened we insist on remaining – pretending, as he says. How we prefer to believe we are separate little entities and how this ‘myopia’ sees only our own decisions / control / will, and the whole / totality remains therefore separate.

I love the way he explains that we couldn’t be that decision-making in-control self unless there was something in opposition to that, that was out of control. I have witnessed this principle in my own experience and with clients – how there is always a dance of opposites, you can’t know light unless you know darkness. You can’t have buying if you don’t have selling, and vica versa – a great relate-able analogy he gives. And yet we cling to or clamber after control, to the experience of one side of this principle. And always, control is never maintained and so we clamber back for it, as if we can make it permanent. We experience enormous constant psychological frustrations in this process, yet, ironically, we never have control 100% all the time after all do we?

We have myopic vision. Without seeing the bigger picture – and refusing to see it essentially – we believe (without doubting this), that we have a separate identity from everything and everyone else. The problem is that our attention is on the ‘figure rather than the background, on what is moving rather than what is still,’

Waking Up Is Getting Stillness

Related to the stillness, he says:

It is a characteristic of consciousness that it ignores stimuli that are constant.

His words are so succinct. And the above line I was thinking, could so easily explain what ‘waking up’ is – when we wake up, we wake up to that which is constant. Before my ‘pivotal’ experience which I describe on his site a little, I was always focussed on the moving parts of life – keeping busy, doing things, going places, my attention constantly darting about from one thing or person to another thing or person, never wanting (or having the attention span) to remain in the flow of the now, but rather forcing situations and conversations into a direction this separate me was willing it to go.

After that experience, silence ‘entered’ my experience. It seemed that I slowed down (yet I was also much more aware and alert), but in fact I was just noticing what was here and now. Having seen the vastness and always-present nature of reality (or ‘original energy’ I could say) in this waking-dream that took place that night, the focus shifted to the space / stillness / nothingness that was there all the time, and the movements and situations taking place within the stillness was somehow now, ok as it was – it didn’t need me to force it. The sense of ‘me’ or ego that had been the personal doer in my life was not the central reference point that I had believed it to be. Or in other words, the central point was shown to be stillness.

Usually, until you wake up from the limited view of seeing, you just don’t get this. Recently I mentioned to a few people in a social setting about how the identification with my idea of myself had sort of evaporated in a puff of smoke during this waking-up time some years ago. It was interesting that one of the people, although I can’t remember the exact words they said, thought that this was some sort of an affliction. The point is not that one would question if it is an affliction or if it is not an affliction – or a wonderful, positive thing for that matter – but rather the point is that that question is the wrong one to ask, and one that can only arise from the standpoint of a belief in a ‘me.’

So after waking up to ‘beyond identity’ you ask different questions. It is then more of a noticing of the extent to which one may have gotten back into identifying with a phoney identity than in evaluating if it’s good or bad. A totally different viewpoint, and much lighter on our psychological state for as the re-identification that has just gone on is seen, then we come back to the state of peace and just being in the now, where there is just no suffering. It’s a place of peace because it is simply non-dependent on anything.

This is not always easy, and it is not something we cannot control. But we can do things that would invite it, and make it easier to occur. For example, we can enquire into the nature of who we are and pay attention to the bigger picture – ask questions in other words, instead of thinking from the same old limited outlook that is determined by our cultural values etc. We can also become more aware (through videos like Alan Watts’ or reading ‘waking up’ books on the nature of consciousness etc) of our own limited perspective.

You know, examine ourselves a bit more. People are so afraid to do that! It’s understandable. But it is like flexing a new muscle, after a while, it happens on auto. We will no doubt keep on going back into unconsciousness like a yo-yo (unless we are one of the few who remain constantly in that state), playing the game of ‘me’ and forgetting we’re playing, but we come out again, and wonder what the fuss was all about in the drama of the game we just played.

“The Universe is the game of the self, which plays hide and seek forever and ever.”  – Alan Watts

On the other hand we may not wish to enquire into our real nature at all. And that’s fine too. There is no thing that says we must. I guess for myself, even before my ‘pivotal experience’ I always wanted to know what this whole thing called human life was really about, for I sensed the deep dissatisfaction in myself with worldly life and also in others, even if they didn’t see it as such.

I decided to add in a video I’ve posted before because I just love it – it’s just ordinary people speaking about waking up.