I Missed You Guys But I’m Back, Blog et al! 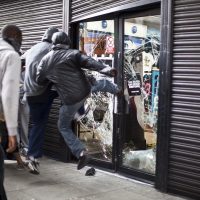 It’s good to be back! On Sunday they suspended my blog because there were sudden 100% spikes in CPU usage (and not because of traffic), and apparently this was affecting other sites on the same server and they were losing customers. So they said upgrade or be suspended. I upgraded but this has taken a lot longer, and they suspended me in the meantime – and by the way some emails were also cut off.

Then on Monday I needed to go through Brixton, but the tube was shut and there were police cordons so I got the bus. Been past a few burnt out and smashed in shops all week.

What a week. I’ve also not been able to blog a lot of stuff, and am itching….but at least now the blog’s back. Yippeee.

It’s time to get back on track. These riots are, on the one hand, not at all surprising, yet, the level of violence and vandalism can’t be condoned. It’s people gone mad. We need to employ peaceful ways, not that of the anarchist. But you can understand (but as I said not condone) the anger. It was expected. Sometimes people can be angry without understanding the reason(s) themselves but it’s generally frustration with authority – and authority that is not transparent.

Anyway, just glad to be back online. But much to catch up on…

Btw, the blog will probably go offline again for about 24 hours hopefully no more within the next 4 weeks when I change hosting company. But I will be able to post about it beforehand this time.

Hugs, and comments, as always, welcome.

Hi Reena, good to have you back. Undoubtedly, you have become an inspirational connection for all of us looking beyond this 3D reality. Keep up the good work.
Lots of hugs from Bogota!

Gracias Carlos – and thanks.

I’m still trippin’ that you are all the way over in London.

Yup, and all gone quiet here in London / England now…what’s next I wonder. It’s one thing after another. One thing is for sure – it’s change!

I wish I could join the riots. My frustration with current events, the economy, governments lying to us, rotting of all I have worked for, undermining of my future, stall in disclosure, stall in settlement funds, no jobs, inflation, gas prices, pollution, continued wars in the middle east FOR NO APPARENT REASON, and general distrust in all things that I have no control over has led me to only one outlet… run about the streets with a baseball bat and smash things up.
But instead, I’m simply in front of this computer typing on the keyboard. (I’m still feeling frustration. Maybe I’ll crinkle up some paper and toss it into the trash bin.)

Glad your back, THANKS for what you do!

Good to be back HighFreq!! Thanks to you too.

Yes, so good to have you back! I had just given your website address to my sister-in-law and she e-mailed me with the news that your account had been suspended. My first reaction was that you were being messed with by TPTB…anyway I will stay tuned as long as you blog.
Thanks

Natasha, cheers….my aim is to find out what the culprit is very soon, could be a techincal glitch – that would be the best outcome. Anyway thanks for tuning in. Peace

Hi Reena,
Very glad to see that you are back up! It IS very exciting times, wouldn’t you say?
Now, it is getting serious, I can feel the changes even in my body and physical senses not to mention the third eye awareness that is also moving at light speed! It is great to have you blogging about the latest goings on in the network; things are moving now with greater knowledge and awareness that this type of communication (blog) really helps me in my process. I started with Indian in the machine, another good source for uncommon knowledge at a time when many of us are on the path to a new paradigm; what we came to do.
Wow, my life is also changing in ways that sometimes feel I have to run to catch up to all the changes. But I have also done the work (that I learned from all the education that I have been blessed with) that has been placed before me all along the way! So I have awakened to the certainty, strength, fortitude, and interest at this amazing time that we are moving into. Enough about me, you sent me a nice reply to a message I sent to you some time ago.
You mentioned that you knew nothing about me in your email. You won’t find a picture of me on my web site; one of my great mentors has never been seen except by the channel of him, I like the mystery of it! I live in southwest Washington State in the USA, in the countryside. My neighbors are elk, deer, coyotes, and private timber lands, I live way out from civilization; find a picture of me, attached. My pen name is the definitions of my three names: Jeffrey Arnold Craig.
Thank you for your efforts, it really helps in my process!
Jeff Craig
Gods Peace-Eagle Strong-Keeper of Monuments
Triad Systems
Web Site: http://www.Affirmations-TheRainbowMasters.com
E-mail: jacraig@tds.net

Jeff, thank you so much for sharing, No photo attached…Glad this blog is helpful, that is my hope and intention….but I am now not sure if it is stable as yet…am looking into it. Your environment sounds just beautiful. Love & Light

glad you’re back and ok.

hey Reena goood to have you back

Welcome back ! Glad you sorted it all out.
As for the riots…..The riots may have been the result of anger, realised or not, but the looting was just plain looting – some opportunism, some greed.

Bill, Beaker, I had typed responses but during this time the site went down again and so they didn’t save…Anyway I am right now concerned the same issue is going to occur again despite having a more dedicated service and it is not due to too much traffic, it’s something else which I need to get to the bottom of. I’ve just been told to possibly upgrade to a more powerful service after just a few hours on a dedicated one! Something’s awry….So if the site goes again, know that I am on the case…Thanks to EVERYONE for all the wishes via comments and emails, I have been ‘flooded’, I cannot say enough in words the appreciation and love I feel. I am saying this in this one comment but to all, just in case it all goes belly up for a while again….Fingers and toes crossed and lots of white Light over this way please!

I have a comment! I didnt know how much I loved your site until it was gone! This is my part of my daily news. Thanks for the return, I know I missed you. I saw your last two posts but never got to read them. Since in the US they wont tell us what the riots were really about, I will only assume that it was for the suspension of your account.
Welcome back you were missed.

Glad You’re Back! You were dearly missed!!!!
Namaste!

Thank you K Rogers, it feels like homecoming : ) Peace

Oh my goodness! I was worried that somebody caught you and shut you down for good. I’m an avid reader of your blog and I enjoy digesting them.
Looking forward to more!
*Sincerely*

Chris, could be they’re trying, or could be a tech problem…but at present I’m here…thank you.