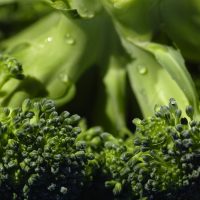 Mounting Evidence Pegs Broccoli as One of Nature’s Most Health-Promoting Foods, Tackling Hypertension, Cancer, and More
Dr. Mercola discusses High Blood Pressure
[youtube]P8fTZt4lJrQ[/youtube] By Dr. Mercola
Mounting scientific studies have demonstrated that broccoli is one of nature’s most valuable health-promoting foods. Science has proven time after time that Mother Nature is the best physician, and food is the best medicine.
A recent study, published in the American Journal of Hypertension,1 adds to the mounting scientific evidence about broccoli’s noteworthy health benefits. A compound in broccoli, glucosinolate, produces a metabolite called sulforaphane that can significantly improve your blood pressure and kidney function, according to this latest animal study.
Sulforaphane is an organic sulfur compound found in cruciferous vegetables such as broccoli, Brussels sprouts, cabbage, cauliflower, horseradish and arugula – but it’s highest in broccoli sprouts.
Sulforaphane has been shown to have antidiabetic and antimicrobial properties, and also kills cancer stem cells, which slows tumor growth. Researchers believe eliminating cancer stem cells is key to controlling cancer.
This is something current chemotherapies cannot do, but food can! This latest research confirms broccoli’s benefits go beyond cancer prevention.
In this 2012 study, hypertensive rats with impaired kidney function were given sulforaphane. The natural compound improved the rats’ kidney function and lowered their blood pressure by normalizing a process called DNA methylation.
The Food You Eat Actually Changes Your DNA
What is DNA methylation?
Without getting too far adrift in biochemistry, DNA methylation2 is the process by which a methyl group (one carbon atom attached to three hydrogen atoms) is added to part of a DNA molecule. DNA methylation is a crucial part of normal cell function, allowing cells to “remember who they are and where they have been” and is important in regulating gene expression. DNA methylation also suppresses the genes for things you DON’T want, such as viral and other disease-related genes. Abnormal DNA methylation plays a crucial role in the development of nearly all types of cancer.
Broccoli sprouts have also been shown to inhibit Helicobacter pylori (the bacteria thought to cause gastric ulcers), protect your heart, and may offer protection against UV radiation damage to your skin when applied topically.3 The sulforaphane from broccoli plays a role in activating more than 200 different genes. And you don’t have to consume a truckload of broccoli to reap its benefits.
In fact, a 2008 study published in PLoS One4 found that just four servings of broccoli per week could protect men from prostate cancer. One serving of broccoli is about two spears, so that’s only 10 broccoli spears per week.
Researchers believe hypertension (and kidney dysfunction) may result from a disturbance in DNA methylation, and it may just be that sulforaphane improves blood pressure and kidney function by ameliorating this problem. So, any food that mediates DNA methylation is very helpful toward keeping you healthy – and broccoli is one of the BEST! But if you hate broccoli, don’t fret. Broccoli sprouts aren’t your ONLY salvation if you suffer from hypertension or kidney trouble.
Hypertension is a Stroke’s Best Friend
You are generally diagnosed with pre-hypertension if your blood pressure is between 120/80 and 140/80, and anything above 140/80 is generally diagnosed as hypertension (“high blood pressure”). Hypertension is dangerous because it typically shows no warning signs or symptoms, and in its complete silence, can cause a stroke. Drugs advertised to “treat” hypertension will not change or in any way address the underlying cause of your hypertension. That’s the bad news.
The good news is that more than 85 percent of those who have hypertension can normalize their blood pressure with some basic lifestyle modifications.
The REAL Cause of Most Hypertension May Surprise You
High blood pressure is typically related to your body developing resistance to insulin. As your insulin level rises, your blood pressure rises. Most physicians – even cardiologists – do not understand the crucial connection between blood pressure, blood sugar levels, and insulin.
Dr. Richard Johnson, author of the book The Fat Switch, masterfully ties together the connection between hypertension, kidney disease, obesity and diabetes in his previous book, The Sugar Fix, which is one of the best books written on this issue. Dr. Johnson is the Chief of the Kidney Disease and Hypertension Division at the University of Colorado, and I would encourage you to listen to his interview.
According to Dr. Johnson, there is one major factor linking ALL of the health problems listed above: high dietary fructose. While sugar (sucrose) is a major source of fructose, it may not be quite as bad as high fructose corn syrup (HFCS).
Americans on the whole are fructose addicts. HFCS is added to sodas, fruit juices, and nearly all processed foods lining supermarket shelves. HFCS in soda is a major source of calories in the typical American diet, so it’s no wonder diabetes has risen to epidemic proportions. In fact, the use of high fructose corn syrup in the U.S. diet increased a staggering 10,673 percent between 1970 and 2005, according to a major USDA report.5 That statistic is no major surprise considering that, in addition to soda and sweetened beverages, processed foods account for more than 90 percent of the money Americans spend on their meals.
Unlike glucose, which is burned by fuel in every cell in your body, fructose, if not immediately consumed as fuel, is metabolized into fat by your liver, which can set the ball rolling toward insulin resistance and type 2 diabetes. I highly recommend getting a fasting insulin level test, which must be ordered by your doctor. The level you want to strive for is about 2 to 3. If it’s above 5, then you have a problem and you definitely need to get your insulin level down as you are at risk for cardiovascular problems.

Hi Reena!
Thanks for the post! Our SuperGreens+D (3 capsules) are like drinking two shots of grass juice… Our highly concentrated vegetarian Vit. D, antioxidants from organic mushrooms, plus enzymes, and a proprietary blend of probiotics… Most Vitamin D in healthfood/drug stores are synthesized lamb’s wool….
Thanks to Dr. Mercola for the article!

All good advice, but there are at least a couple of points I would dispute. A blood sugar level of 5 is getting towards the low side of average/normal, and at 2 or 3 you start to feel the effects of low sugar such as dizziness and fatigue, or even confusion and dis-orientation.
High blood sugar level make you urinate (and sweat) a lot, and each causes sodium loss. I can’t state it with any authority, but I would be surprised if diabetes sufferers have high sodium levels. Excretion also loses potassium, and it seems more likely that the ratio of sodium to potassium, the two chemicals that pump nutriment into cells, is the thing that may suffer.
Let me make a rather pessimistic prediction. When some pharmo company puts sulforaphane in pills for those who can’t stand the taste of broccoli (and if not cooked properly it is easy to hate) someone will denounce it as the work of the devil.