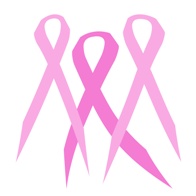 From an email by Forbidden Knowledge TV:
“The producers of this powerful film are allowing a FULL & FREE VIEWING THROUGH JUNE 13th ONLY!
Please tell everyone you know to watch this film in its entirety through June 13, 2011.
‘Burzynski, the Movie’ is the story of a medical doctor and Ph.D biochemist named Dr. Stanislaw Burzynski who won the largest, and possibly the most convoluted and intriguing legal battle against the Food and Drug Administration in American history.
His therapy, called “antineoplastons,” have been shown to effectively help cure some of the most “incurable” forms of terminal cancer.
This documentary takes you through the treacherous 14-year journey Dr. Burzynski and his patients have had to endure in order to finally obtain FDA-approved clinical trials of antineoplastons.
His story is yet another testament that fact can be far stranger than fiction, as the film exposes the powerful, unscrupulous forces that work to maintain the status quo of the medical- and pharmaceutical industry at any cost–including the lives of millions of people.”