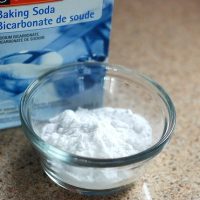 Can Cancer be eliminated via natural means? Well hereâ€™s another health post, with an article written by a Gregory Delaney.
His passion for natural healthcare, and anger at Conventional Medicine and pharmaceutical giants are clear. Most of us will sympathise and concur. It is after all about money, not health when it comes to the â€˜businessâ€™ of health.
As always in life, our health is another choice. And being kept informed of â€˜alternativeâ€™ methods is vital for us to make the choices that are for our highest good, un-influenced by what we are told by medical â€˜professionalsâ€™ who may be blinkered and conditioned without realizing this, or who lack the will to do what is truly right by their patients.
So in the spirit of providing what I hope will be useful, here is an informative article about cancer – it makes a lot of sense.
What MDâ€™s and Naturopaths Donâ€™t Know by Gregory Delaney

“Wouldnâ€™t the delusional physicians and the big pharmacology swindlers be embarrassed to find that cancer could be cured with nothing more complicated than ordinary baking soda? Well, no, they wouldnâ€™t be embarrassed because they would be outraged. All of their billions in profits vanishing in a twinkle, would not have these betrayers of Mankind at all happy with such a simple cancer cure. And yet, cancer can be cured with nothing more complicated than ordinary baking soda. And I will explain how.
While the greedy physicians and the cancer industry robber barons have been using every imaginable method for treating the symptoms of cancer, and while millions of people have suffered and died under the most astounding variety of mechanical, chemical, bio-technological and radiological absurdities, little progress in curing cancer has actually been made. And why? Well, to understand why, you would have to understand who is treating cancer before you can understand why it is not being cured. Who are these cancer physicians who claim to know so much yet fail to do anything useful?
Firstly, they are people who admit that they donâ€™t know the cause of cancer or how to cure it. And yet they insist that they be allowed to â€œpractice medicineâ€ anyway! These oncologists admit that no matter what they do, you are going to die anyway, and so why not let them do something since they can make better use of your money than you can. Even though they admit that they donâ€™t know what they are doing, they offer you just two (and only two) choices: (1) let them cut-poison-irradiate-and-transplant you which includes a free estimation of how long you will live or (2) do nothing at all which also includes a free, but much shorter, estimation of how long you will live. And so, with such limited choices, most people prefer to bequeath their savings account to the doctors for choice number one. At best, the physicians promise to drug you into unconsciousness so that you do not feel any pain either from your tumors or from their billing department.
But what happens if you donâ€™t take their advice and choose alternative medicine, instead â€“ you know, the choice that the doctors never mention to their patients? Since it has been proven that hospital patients live longer when the doctors go on strike, then alternative medicine is obviously better than a placebo. But they never mention that, either.

Follow me
Reena Gagneja
Reena Gagneja has been on a spiritual path since a young adult, experiencing a profound spiritual awakening in 2007. She offers soul plan readings as a tool on the spiritual journey.

Her mission is to hold the space to help bring about direct experience of the Absolute through realisation of the Self.

Getting your body to be more alkaline, less acidic is a huge factor in all aspects of health, BUT be sure you are using really fresh baking soda that has not yet turned to salt! Buy the natural, organic variety if you can, squeeze the box to make sure it doesn’t feel granular (should feel dense and powdery), and shake the box too. The less you can hear any granular shaking noise, the better quality the baking soda. When you get it home, empty the contents into a totally clean, airtight glass container. You’ll notice that the baking soda feels very silky and powdery on the spoon vs. granular and salty. Never buy bulk baking soda if you’re trying to improve your acid alkaline balance – it most likely has already turned to salt.