The Collapse Of The Me-Story 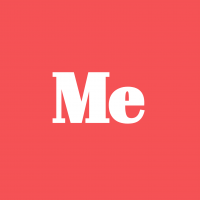 Thanks so much for all the comments on the last post. They are received with heaps of love and gratitude. So glad there is alignment regarding the sell-by date of external messages that continually say the same thing. Not just that, but it really doesn’t matter what happens. 2012 is not about whether x, y or z will occur. 2012 doesn’t matter. Time is an illusion.
Over the course of a year or more, channelled messages lost their interest, and now other messages too…and I feel also the Illuminati / Truth-information stuff – shouting about all that’s ‘wrong’ in the world – that’s gotten boring too. So in the end, you ask yourself: so what’s left to talk about?
The answer: the nature of ‘reality’, me, I, what’s within. That’s truly interesting and gripping! This topic is endless, and endlessly fascinating. It’s also the key to the energy / space of peace and no suffering.
If you are sincere and open to questioning yourself honestly and courageously, your story can collapse. That is liberation. It is the me-story that keeps us in conflict and suffering – even as we don’t recognize it as such. I can’t claim that my story doesn’t appear as real at times. It came back tonight in a conversation with my son. But it’s quick to go. Phew! 🙂 As the story comes back the energy totally shifts in the body. It’s palpable almost. Like a black veil that is invisible. It truly is suffering! Even subtly. For most human beings they are so bought in to their own me-story they wouldn’t be able to entertain this sort of enquiry even for a moment. They would think one was a crazy nutter.
I used to think that human beings are so attached to their suffering. And that may well be true – within the story. However now I see that it is not so much attachment to suffering but to the self-image, whatever flavour that may be. And the thing is is that not only are we busy projecting various self-images to others we are actually doing this number on ourselves.
So where is the craziness?! It is in the insistence on upholding and continually polishing the me-story. Just notice the voice in the head. It really is as if we are schizo.
Then if in a moment this whole game collapses, we just have to go with this, however frightening or weird it might seem. The charge of things goes, anger subsides, there is less stickiness, things happen, then other things happen. Things just are. Shit may even happen. But life just goes on going. And that’s sufficient. It just is. It’s simple. Nothing else to say.
I guess that’s why it’s hard – human beings just love to talk. I have to say, not only am I finding all those messages incredibly dull, but people’s chatter is dull too lol. And this is because the story is just dead boring – plus everyone’s me-story is basically the same! Once you’ve seen your own story, you’ve seen them all. It is in the absence of the story that aliveness happens and boredom is not present. Then it’s shiny and bright, not dull.
Thanks again for being there.
Comments, as always, welcome.
Love,
Reena

Reena, if you are not careful, your blog could become one of my favorites!!!
I, too, have been letting it all go. In fact, the way you describe it made me visualize walking into a light, leaving 3D behind as a collapsing dark tunnel. It is the constant requests from 3D: give me more money, do this, do that, we need you here, don’t go there, be afraid – be very afraid, gee I wonder if they have sex in 5D? That all seems to pull us back into the old unenlightened ways. As I tell my people and relatives, “It is OK. When you wake-up we will meet again – and it will be even more loving and beautiful!” I swear, I have gotten to a point in life where it would not matter if I were to die now, cause I know it would be OK, too. However, I don’t think I’m going to die, yet, cause there is so much more awareness that I feel I need and want to experience. Looking forward to the celebration!

Ron, this comment slipped into the spam comments too, glad I rescued it! Or rather, the rescuing just happened!
Is not the celebration here? 🙂

THANK YOU! Wow I needed to hear this. I’ve kinda felt the same way about all the messages the last several months. They all seem to say the same thing over and over. But I still connect for the affirmations come when needed. I’ve worked sooo hard to get past my story…and this week have had intention to get to an even higher place. Stuck…I was just totally stuck…and my ME story would take a couple months on Dr. Phil or Oprah just to tell. You just said why. My pride in overcoming my “ME” story keeps locked in! Your words have directed me onto the right path once again! Thanks!

I think most of us have reached a similar point. I read about economics, religion/spirituality, politics, history and read materials from the elite’s court jesters like BF, spooky channelers and contactees like Tolec and others and I come to the same conclusion on every issue.
We need to stop living the lie. The lie that we are born into. To me, depression is your mind’s reaction to an insane world, brought on by forcing humans into mad-made un-natural situations like war, poverty, cronic diseases ect ect. Or, in other words, forcing your mind to live the lie.

You don’t have to look back too many centuries ago to a time when war, poverty, chronic diseases were very natural. So that’s not the answer. Being force fed powerful advertising, the pressure to conform to clothing styles, body shape, health, lifestyle etc. etc are the un-natural situations.

You have achieved a truly BEATIFUL STATE OF BEEING, dear Reena! God bless you for sharing that wisdom with the world!
Peace, Chaukee

Hooray no more Poofy. His messages I never liked. They didnt just bore me with their not saying anything at all, but actually irritated me. This was frustration at the we are going no where scenario, so yes Reena I support your new direction and funnily enough I think thats how a lot of us are feeling right now.
This meditation sums it up,
Stepping Inwards:-
http://www.youtube.com/watch?v=HAoNlfmiPGw
please do try it, you will love it. What a peace I feel.
Ekhart Tolle says we humans are insane and he is right as he is talking about the ego, this self defeating, insecure, paranoid alter self which constantly chatters in our head. A voice we have become so habitually dependant on to hold up our world view and give unwarranted excuse for our existence when in reality we need none if we could only connect to our inner truth and realise that indeed none of the outer matters. Its the inner that counts and what eventually manifests the outer. Our mad world we live in (what we see on the News anyway) is the outer manifestation of a sickly ego; a sickly group/world consciousness.
The New World or golden age that all these channelled messages point to is coming (no it wont arrive at teatime on 21st Dec 2012) and is indeed unstoppable whether we wait around for it or actively seek it from within. If you feel like you are in a waiting room dont get bored by looking at the peeling paint, rather entertain yourself from within. The time will pass more quickly if we are not waiting for the train to arrive.
Reena you are on absolutely the right track now.
To all, yes read channellings or blogs or anything else but with the no.1 caveat: ONLY IF THEY INSPIRE AND UPLIFT YOU. If they dont leave them alone for good
Peace in our World
R

Physical life is a crucible used to purify the spirit. You can look at your disposition as the apex where you shift from service to self (STS) to service to others (STO). I guess I can relate here, shifting from a self-centric attitude to a service-centric attitude. The endless messages about St. Germain’s Trust or Poofy’s Prosperity packages lul you into to believing that someone will just hand you a sack of Gold and you’re set for life. Yet once you adopt a service to others attitude the people you help will give you money, and it is truly endless. As long as there are people that need your help there will be endless rewards to compensate you for your labor. I have had to re-learn this attitude again this year, but once I did the money is starting to flow again. Although I am running all over the city, and a lot more tired than I was in my self-centric mode…
2012 is about new beginnings, and that STO attitude is a good place to start.

From “De-pressed” to “Deep Rest”: Depression as a Call to Spiritual Awakening? – Jeff Foster
“We can view depression not as a mental illness, but on a deeper level, as a profound, and very misunderstood, state of deep rest, entered into when we are completely exhausted by the weight of our own false story of ourselves. It is an unconscious loss of interest in the second-hand — a longing to ‘die’ to the false…” – Jeff Foster
http://www.youtube.com/watch?v=KPx0nN6aQj0

tom, I was going to go attend an event Jeff Foster was holding last weekend, but in the end I didn’t go. Guess the pull wasn’t strong enough. Seems I have no interest in ‘spiritual teachers’ much anymore. 🙂 Maybe just the ones who don’t promote themselves as teachers….Anyway, on this quote from my own experience I would not say that depression is a restful place! A giving-up type of place yes. And one that can end up being the ‘blessing in disguise’ if one attunes on sensitive levels. However the rest of the quote is just so. A longing to die to the false – yes, yes and another yes. Then when the ‘happy’ fakeness of one’s own story or of others is seen, there is a pull away from such. Like energy of fakeness just cannot be played to in any way shape or form, or even be in the presence of. Thanks for the comment.