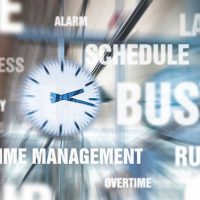 The story we have going on about ‘me’ is one of ‘I am in control.’ That’s why many who have much hidden ‘charge’ (emotion) under the presented layer of self-image (to themselves also), will rarely look at exploring the buried levels. If they did that it would mean the ‘me’ was no longer in control anymore and it would be outside one’s comfort zone, and thus very disturbing and frighteneing.
Moreover all this buried charge is covering up the loss of separation, which is a deep sense of grief, sadness and isolation. Also somehow, in our human limitations we are attached to all the more overt suffering and even enjoy the drama of it.
Thus when another points out something to us that touches the buried emotion or painful beliefs, there is an instant internal ‘disaster recovery’ – after all, it would be a disaster to admit (to oneself for starters) that there was a lack of control within oneself.
This was the way I was for the first 40 or so years of my life. I had not had any guidance or examples of being with my emotions and it was rather the opposite – you just don’t lose it was the message I received everywhere in my experiences with people. This is what we learn as we grow up – put up and shut up. No wonder that later in life I was to (seemingly) lose it!
Until the quiet desperation that is under most people’s thoughts, words and actions is admitted rather than sought to be hidden at every turn, there will be no awakening, ie peace that is independent of anything. Hiding the quiet desperation is futile. We all feel this desperation in ourselves and in others. You might not know it – many are so very asleep, ie so very aligned with their story – but at some level, you feel and react to it. It is a deeply dissatisfying exchange of energy that we in fact call relationships.
There is no special revelation or realization reserved only for the few when it comes to living without this state of quiet desperation.
It is a simple task of being honest. It seems though that whilst it is a simple task, it is not an easy task for human beings. From within my own experience I can say that my first real step in admitting the whirlpool of emotions and hidden fears, depressions, guilt, anger and so on, was pretty overwhelming, and it was through allowing the feelings that the step occurred.
Just a little honest courage needed. This seems to be a tall order for many who are fast asleep in their waking state. The belief that your world will collapse, or people will judge you etc has to be dropped. Then we might be graced by meeting our own story, and shake hands with it and say ‘nice knowing you.’ Then there is freedom from the story. And this is peace.
In this occurrence, there can be a sense of loss of control (illusion also) but that’s ok, for we never had any real control, and the pain of this transcends into liberation – into Welcome Nothing.
Thanks for reading.
Comments, as always, welcome.
Love,
Reena

I liked the way you describe some of the feeeling which I cant lebal because of fears or maybe unable to understand what actually this quite despeation is.
good insight..

The me story is i am better than everyone else.