Mahavatar Babaji and the Dawning of the Golden Age (Sat Yuga) 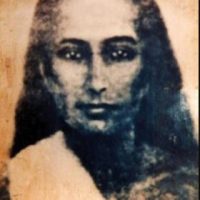 I received this on an email today and it spoke to me, and I thought some of my readers would benefit from these words too.

“There is a tremendous need right now for as much information as possible about the dawning Golden Age, and yet so few people are even talking about it.

As Avatar Sri Bhagavan has said, “The dawn of this new civilization, which we may call the Golden Age, is the single most explosive fact of our lifetimes.”

What other topic of news is more interesting? What other subject of knowledge is more important or valuable? What in all the sea of information could possibly have higher priority? And yet so few people see from a high enough mountain peak to be able to say anything meaningful about the true future of the world, which is the dawning Golden Age, the Sat Yuga. It takes a very high level of consciousness to speak authoritatively about it.

This message further expands on previous disclosures on this topic. Now this transmission focuses on the recent additional signals being discovered. Fortunately, still more confirmations are pouring in, and this is expected to only increase in the coming weeks, months, and years.

This moment in history is seeing the increase of the forces of negativity as well as the power of positivity at the same time. The world is getting worse and better simultaneously. At a certain point of metamorphosis, the negativity will self-destruct, just as a cancer destroys the cell it feeds on, and itself in the process. Left in its wake will be the accelerating power of positivity, which will then reign supreme as the dominating energy on the planet.

This is seen in the predictions of Ascended Master Lord Saint Germain, spoken in the USA in the 1950s. Speaking is the author, the disciple Godfrey Ray King, who describes the prophetic visions of the future Saint Germain was showing him:

“Many changes were shown to take place in the next seventy years [1950s ­ 2020s]. These affected Europe, Asia, India, North and South America, and revealed to us, that regardless of all appearances at the present time, the SINISTER FORCE attempting to create chaos and destruction throughout the world, WILL BE COMPLETELY DESTROYED.

“When that is accomplished the mass of humanity will turn to the ‘Great God Presence’ within each heart and also governing the Universe. ‘Peace shall reign on earth ­ and man send out good will to man.’“This revelation was stupendous. The closing scenes followed next and these concerned principally the United States in the next century. [Year 2000+] The progress and advancement she will make is almost unbelievable.” – – from book “Unveiled Mysteries”, page 251, by Godfre Ray King; quoting from conversations with Beloved Ascended Master Saint Germain. (To order the book, see www.saintgermainpress.com)

To understand the significance of the above prophecy, one must properly comprehend the magnitude of exactly what an Ascended Master is. The most highly evolved human beings on Earth are the Enlightened Masters – – the tiny few who have survived the impact of the enlightened state and have been able to still speak. Then there are the Avatars – – the full maturity of the Mastery. But even most of them don’t ascend the body; they just leave it when they go.

An even tinier few of the Avatars are Ascended – – having turned the body into light and rematerialize the body from time to time when needed. Two of the best known of these in current times are Saint Germain in the West and Mahavatar Babaji in the East. Thus the above quote from Saint Germain should be regarded as more accurate and reliable of a prophecy than prophecies made by unascended, and especially unenlightened, beings.

Mahavatar Babaji maintains an eternally youthful body and has appeared to thousands of people during the past century when deemed appropriate. He has a domain in the Himalayas, at the foot of Mt. Kailash, around which exists a force field that cannot be penetrated by anyone whom he does not invite. Within the field is a paradise where he lives. It cannot be seen by planes flying overhead or by the government, but it is fully revealed in all its physical glory and reality to those whom Babaji invites. Around 1980 he made the following statement about the future of the world:
“After the great purification there will be one common worldwide understanding, one nation, one religion. Humanity will be one family.” – – page 63, Babaji – The Unfathomable, by Gertraud Reichel

The “great purification” has been prophesied by many seers, including the Hopi elders in America. What most people don’t realize is how smooth and blissful this purification will be.

Confirming Saint Germain’s prediction of the destruction of the “sinister force” in a more modern context, the contemporary Enlightened Master His Holiness Maharishi Mahesh Yogi stated on 6-29-04:

“Destructive forces in the world will be eliminated, just as darkness is eliminated with the onset of light. Governments will prevent problems and conflict without force or punishment. With Vedic education, our children won’t be slaves to situations and circumstances. With their awareness open to the Unified Field, they will rule Natural Law – – they will rule the world,” Maharishi said.

Likewise, Avatar Sri Bhagavan said on 6-13-04: “Humanity faces a quantum leap forward. It faces a deeper social upheaval and creative restructuring of all time. Without clearly recognizing it, we are engaged in building the world’s first Golden Age. In the near future we will be the first generation to create a global Golden Age.

“This passage of time is humanity’s greatest opportunity to become enlightened. A new civilization would come and along with it a new frame of consciousness. This new frame of consciousness would mean an increased ability to see things from a higher perspective. Our consciousness would continue to expand and there would be no returning to a tribal or a national life. Our energies would get directed towards spiritual enlightenment and wholeness. The world would be transformed, from one dominated by materialism to one of balance and spirituality. The currently ruling world order would be completely transformed to one of equality between all human beings.

“The dawn of this new civilization, which we may call the Golden Age, is the single most explosive fact of our life times. We have a destiny to create – ‘A state of consciousness that is oneness with all that is’.”

It is felt that he uses the term “would be” instead of “will be”, because he wishes to avoid making it sound like a choiceless predestination. The free will of mankind always gives everyone a choice in the matter. At the same time, the Knowers in the Avatar consciousness secretly cognize that as the cosmic clock comes around to the moment very soon when all the options come into everyone’s view, there is no question but that humanity will choose Heaven on Earth. The overwhelming power of it will be so beautiful as to be irresistible, to all but the tiny few least conscious humans, who will either be transformed or disembodied.

In concert with this, the Shambhala Prophecy was shared with readers in previous contexts, yet it is so beautiful and so important that it bears repeating here. There was a prophecy made in the Far East many centuries ago. To quote from The Way Ahead, by Robert Thurman:

“The Time Machine Enlightenment Technology (Kalachakra Buddha Tantra) spread in India and Tibet toward the end of the first millennium C.E., and states its origins as the teaching of the Buddha. The Time Machine literature contains a detailed prophecy about the future of the planet. It predicts that sometime around now, the entire planet comes under the control of a Big Brother, unified under oppressive, militaristic rule.

“At that time, the land of Shambhala, previously hidden, becomes visible to the rest of the world. Big Brother decides to conquer it, but the Shambhala forces emerge with overwhelmingly superior technology and in one short battle remove Big Brother and his coterie of power. This ushers in a Golden Age on Earth, during which individuals all over the globe find the conditions ideal for pursuing personal evolution and enlightenment. Science and technology develop unprecedented understanding and effective methods of improving the quality of life. The Earth is restored and regains abundance. All beings are happy and healthy, growing intellectually and spiritually, living life meaningfully.”
So that’s the Shambhala prophecy. Then “Big Brother” won’t even be a little cousin! It is felt that “Shambhala” is not just a place or a group of people, but a state of consciousness shared by many peoples in many places around the planet.

Would anyone doubt that now is the time in history to which that was referring? There is an upward wave and a downward wave. Those in awakening consciousness are on the upward wave. The old dark age regimes are on the downward wave. Both are increasing simultaneously. So whenever someone says, “things are getting worse in the world”, they’re right. And whenever anyone says, “things are getting better in the world,” they’re also right. Both are correct.”

Thank you to Brilliance in Commerce for that brilliant piece of encouragement.

Mahavatar Babaji is said to live now still….in the Himalayas…his age around 2000 years. It is said he will continue to live here until every human attains the Divine. To read more about Babaji here’s an article “Mahavatar Babaji: The Yogi alive for 2000 years” and he is also included in Yogananda Paramahansa’s book Autobiography of a Yogi, which you can download for free from this page of free spiritual ebooks (in the ‘Great Works & Authors’ section.)
Here’s a beautiful Babaji mantra.

To the experiencing of the Golden Age,