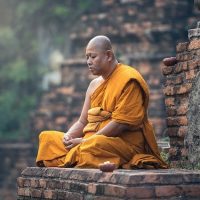 Meditation From Science’s Point of View

Fans of meditation believe that it improves memory and concentration, helps to get rid of stress and anxiety, and also treats diseases from depression to cancer. Let us see which of these statements are true and how neurosciences study the effect of meditation.

The Science of Concentration: First Steps

Scientists began to study meditation with relatively modern methods after a surge of interest in practice in the 1960s and 1970s. Since the interest of the broad masses in it was only emerging, the object of research usually became the “professionals” of meditation – in particular, Buddhist monks. Many of them have been practiced for decades, devoting concentration to several hours daily. The position of the first researchers was as follows: if the concentration is really able to have an effect on the functioning of the brain and body as a whole, the changes will be especially noticeable for the masters of meditation. However, this approach also had a disadvantage: it was not easy to find a sufficient number of participants in the study.

For example, in the early 1980s, Harvard scholar Herbert Benson became interested in the eastern principle of “meditation of the inner fire” called tummo. The meditator focuses on the sensation of warmth inside the body – it is believed that in this way a person may not feel the cold for a long time. Tibetan monks practicing tummo walk in light cotton clothes even in winter. Benson and his colleagues went to the city of Dharamsala in northern India. There they managed to find only three monks who had practiced tummo for years and agreed to participate in the study. Scientists had to obtain permission to work with monks from the Dalai Lama personally.

Benson got a positive result: the monks were able to raise the temperature of their bodies while in an unheated room. One of them managed to increase the temperature of the toe by 8.3 ° C, and the toe by 3.15 ° C. An article about the experiment was published by Nature, one of the most respected scientific journals in the world. However, there were only three participants in the study, and their living conditions were significantly different from the daily routines of Westerners practicing meditation. Also, early studies very rarely included a control group, so even registered positive effects could be the result of other lifestyle characteristics of meditators or a simple coincidence.

How is Meditation Explored Today?

Dozens of fresh meditation studies appear annually. For example, in a review published in the journal Nature Reviews Neuroscience in 2015, 180 scientific works are described only on the technique of mindfulness meditation. Most were published in the 2010s.

As meditation is becoming increasingly popular, in the 21st century, scientists have had the opportunity to study not only “professionals.” Many new experiments take place with the participation of people who have never been involved in any technique of meditation. One group receives instructions and exercises, the other remains the control and leads the same lifestyle. The method of long-term research is also used when the condition of the participants is monitored several times over a certain period of time. Such works help to establish what changes can be caused precisely by meditation.

Many modern studies include tests for a specific type of task. For example, participants in one experiment were offered a task based on the Stroop effect. This is a delay in the reaction when reading the names of the colors, which occurs if the color of the letters does not match the spelled name (say, the word “red” is written in green letters). A test for the length of this delay is used, in particular, to diagnose age-related brain changes. Study participants were required to indicate the color of the letters in the proposed word lists. Those who practiced any type of meditation coped with the task faster. Scientists noted: success depended more on how much time a person devoted concentration. The total amount of time spent in meditation was not such an important factor. 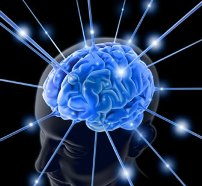 How Does Meditation Affect Brain Structure?

The crucial question is how does meditation affect brain structure. Today, scientists have more and more high-precision tools that allow you to observe the processes taking place in the human brain. Actively apply neuroimaging technologies – a group of methods that allow obtaining detailed images of the structure of the brain and spinal cord. Thanks to the methods of computer and magnetic resonance imaging, scientists can see how various areas of the brain change under the influence of meditation.

The authors of a study published in 2011 in the journal Psychiatry Research: Neuroimaging, said that they were able to record changes in the structure of the brain of people who went through a two-month course of mindfulness meditation. The participants in the experiment increased the density of gray matter in the hippocampus and the posterior cingulate cortex. The control group did not find such changes.

One of the functions of the hippocampus is the regulation of emotions. Scientists have suggested that constant practice of meditation can help people better control their feelings. It is also known that the density of the substance in the hippocampus decreases in patients with depression and post-traumatic stress disorder. The posterior cingulate cortex is involved in the formation of autobiographical memories (for example, about family and friends). This area is also connected to the network of the passive mode of the brain (Default Mode Network, DMN).

This neural network is active in those moments when a person is not busy solving a specific problem but is inactive – resting or dreaming. Its functions are not fully understood, but researchers believe that DMN may be involved in developing plans or self-awareness processes. Not so long ago, Cambridge scientists suggested that this network can serve as an autopilot of the brain – to help us perform tasks until its entirely automatic.

Guest Post by Melisa Marzett is a freelance writer writes articles for smart essay company and practices yoga and meditation. She believes that it is true about a sound mind in a sound body, which is why she practices daily in writing and physical activities.