In Memory Of Stuart Wilde 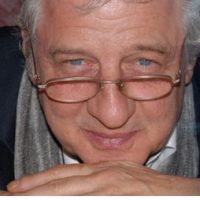 In Memory Of Stuart Wilde

Feeling a certain melancholy since I heard the news – Stuart Wilde passed away on 1st May after a fatal heart attack on a scenic drive through Ireland. Stuart was a globally respected Author and Metaphysical Teacher with over 20 books to his name. Back in early days of so-called New Age / New Thought teachings, many renowned teachers studied with him including Deepak Chopra and Wayne Dyer. In the 1980s he identified and experienced the etheric field and aura around humans. He wrote and spoke about some incredible things he experienced with other people present too – eg people de-materilaizing. For example, a man smoking a cigarette dematerializing and the cigarette floating in mid-air. Pretty cool huh? No need for expensive special effects!

Here you can see some photos of Stuart: Photos.

And the official message about his death is here on his blog.

When I first started reading his writings in one of his books (Grace, Gaia and the End of Days – a book like no other) and his blog, I was quite taken with what he claimed to have experienced. He also did Ayahuasca workshops, and I very nearly attended one in Holland last year, but for various reasons I didn’t go in the end – was also not sure about what kind of a trip I would have – and I don’t mean the journey to Holland lol. Those panthers and snakes that people see on that stuff kind of freaked me out a bit.

What I liked about Stuart – Stui – was that he was a ‘free spirit’ and very down to earth. He wasn’t haughty like many so-called spiritual teachers. He was just a another guy who was able to see and experience things that most do not. My take on his teachings is that he described with great detail and specificity the non-physical levels of this human game, as I like to call it. For myself, and in terms of beliefs, as you may know from my other posts on this blog, there is an ultimate reality, a Boundlessness, from which standpoint none of these things matter. But within the game, yes there is much drama, furore and intricacies. And Stuart highlighted many levels of the game that most cannot see.
In the book, Grace, Gaia and The End Of Days, he describes ghouls and terrible levels within ‘hellish worlds’ where beings simply merge into a wall and lose their uniqueness – all quite a jaw-dropping read really.

He was unique, and I had a certain fondness for him even though I had never met him. He had such candour, forthrightness and equally importantly, humour. I love it when someone in the public eye has the courage to have a sense of humour!

So that’s about it for now. Be well!

My Devotional Music Playlist For You

[…] to these songs and chants, or have them on in the background when getting on with things.  Stuart Wilde said that when we hold a sacred song or mantra dear to us this creates an energy signature in our […]

7 powerful ways to raise your vibrations

[…] benefits.  It raises our vibrations through our focus being on the Divine or higher matters.  Stuart Wilde, the great modern visionary, said about sacred invocations in his book Grace, Gaia and the End of […]

A book of Stuart Wilde was recommended for reading to me back in the early 90’s. Once I started reading I was instantly hooked; the clarity of thoughts expressed, and beautiful sense of humor. I always felt as if he were there in the room speaking directly to me through his unique writing style. I had not known he passed, and was sad to learn the news recently. I am however grateful for what he has given through his books, audio books; an amazing soul who is so missed.

Hello Reena,
Thanks for your thoughts on my old teacher. In many ways he is still around. Sometimes when I am sitting thinking about him I can still smell his cigarettes another of his nasty habits but one that made him very human.
Funny since his death my world has also turned upside down and like you my blogs have been sparse and filled with white.
Good luck with getting everything back together. Stuart would have said that you were emptying your cup so you could refill it.
Blessings and Peace
Geof

Hello Geof, yes it definitely feels like emptying out the cup. Wishing you well post-Stuart, thanks for your comment. Keep in touch. Peace, Reena

A beautiful light…sharing wisdom from within..thanks for sharing this space and time…..

Sorry about the job problems. I’ve tried the no job/no money thing twice in my life, and it’s not the fun that certain politicians claim it to be (double or threefold so worse for a single man with no kids). Hope something turns up soon.

Cheers Bill, yeah it’s no fun whatever way you look at it. It seriously sucks when you buy cheap hair gel for your kid and he complains like almighty when his hair doesn’t go right in the morning for school 🙂 Something’s showing up…I think….keeping your fingers and toes crossed for me I hope!!

It’s been some time since we heard from you Reena. I hope everything is going OK for you. I’ve been keeping my fingers and toes crossed for you. So I hope something has turned up particularly since I noticed on Facebook that you probably had an expensive time at the beginning of the month. It brought a smile to my face when after watching a couple of the wedding videos on Facebook I scrolled down the page a bit and found the message about silence. That was quite a juxtaposition 🙂

Hey Bill! Thanks for your comment. Don’t think that just because I haven’t blogged much in the last few weeks I am not wanting to, or not thinking about the blog and the wonderful readers. I have been busy pursuing work stuff, but yes things are becoming clear and on the up. The folder where I save info I want to post is very full. There is also a feeling of ‘the mind is willing but the flesh is weak’ so to speak – ie I think about what I want to blog, but my hands don’t get to do the work. Don’t know. Guess I’ve given myself some space to relax more (was never too good at that) given the manic work activity.
The juxtaposition always gets me too. But revelation and truth is to be seen – imho – as we are, on the dancefloor, shopping or doing any other activity not just under the Bodhi tree 🙂 Otherwise it’s just ego, albeit a ‘spiritual’ one all over again.
Cheers Bill. Hope all is well with you. Isn’t this weather here in the UK a delight after the precarious summer we’ve had so far.

Sending lots of good wishes your way!! I just managed to walk through the eye of the needle and you can do it too 😉

Debbie, yes I do wonder what Stui’s up to now 🙂 Cheers for the wishes, I’m needing a good dose of them right now!

That is very sad news indeed! I loved his books and ideas… I bet he’s got lots more answers now 🙂 Good luck Reena on your new ventures, keep us posted & RIP Stu !