There Is No Free Will – Robert Spira and Sam Harris (Videos) 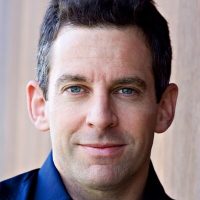 In this post I’m adding several videos of others talking about there being no free will and no personal, moral responsibility. This is one topic that seems to get people upset and even outraged. I recall a post a while back in which I ended up talking about there being no free will, and it did spark some reactions. But the reactions themselves betray the stance of there being free by themselves. After all, if one is indeed in control of one’s thoughts then why not simply choose to NOT have these upsetting thoughts? But it doesn’t quite work that way.

It can certainly seem as if we have control though. That’s the game that one awakens from and realizes it is just a game, and not reality. For even as we ‘choose’ to wear the blue hat instead of the white one, the seeming control we have over this simple decision is actually determined by a whole complex mire of physiology, conditioning and genetics. But don’t quote me on these factors – watch the videos below for more on what lies behind how our thoughts arise.

In spiritual terms, when the assumption that we are actually the ‘me’ or the ‘I’ as a separate entity falls away, then there is no longer a question of a ‘doer.’ A doer – or decision-maker – is only an issue if we are attached to the idea of a separate individual that has choices. But in reality this cannot be true. If it were, then we would have wonderfully happy thoughts all the time, for eg you walk into a public toilet desperate for the loo, and the toilet is smelly and filthy, and you would now think: “Mmm, lovely toilet, I really want to use a toilet that stinks and from which I could potentially catch something.” But how many would have such a thought. LOL

“He who thinks he is the doer is also the sufferer.” – Ramana Maharshi

But this isn’t about choosing or not choosing our thoughts – because the option of choosing does not present itself in any event. This is more about realizing our own attachment to us as this powerful individual. It’s as simple as that. We’re not trying to change the way life works, just trying to see how it works. That’s the difference that makes all the difference. And you would think that isn’t so hard, but it’s probably the hardest thing, because the idea of a separate individual has been ingrained in this world from everywhere we look from the time we were originally babies without any notions of separateness.

New Age teachings are no less the culprit. The Secret (primarily a marketing movement, not a truth movement if you like), affirmations, law of attraction – it all rests with us being able to direct our thoughts. But if you could really do that then why would you need to affirm something over and over again? The contradictions are plain to see. There may well be a law of attraction in one sense, but the un-truth around this topic is that new age nonsense says we can somehow control this law to our benefit – it speaks, again, to a fictional doer, who if he or she could direct this law so easily due to having control of thoughts, then why is half the world not driving around in Bentleys and living on a beach somewhere? Why is the world rife with crime, hunger, poverty, fraud?

Mindset teachings (motivational speakers etc) are teaching to a false notion of a doer again. If you want to focus on something like that better to meditate and empty and un-learn, not add more on top of bogus notions of personal power.

So here are some interesting videos on free will. Robert Spira (thanks to an email from ‘The Peaceful Self’ blog about Robert) and Sam Harris.

There is No Personal Responsibility

Sam Harris on “Free Will”:

“Self-Realization or Enlightenment is nothing more than the deepest possible understanding that there is no individual doer of any action – neither you nor anyone else. Also you are not the thinker of any thoughts, nor the experiencer of any experiences – they happen. When it happens, no bright lights are likely to flash in your head!” – Ramesh Balsekar