When Advaita / Non-Duality Can Be Just Another Place To Hide 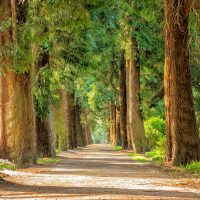 When Non-Duality Can Be Just Another Place To Hide

Non-duality, or Advaita Vedanta, has become very popular with spiritual seekers. Non-duality is all about the One True Self (God/Brahman/Consciousness) as who we are versus the relative world of physical form, which includes body and mind, which is illusory – also called Maya.  It’s who we think we are versus who we really are.

More and more people (though still a very small number in the wider scheme of things) have indeed had the experience of the Absolute level and awakened to the one deeper truth we exist within. Self-realized beings including Sri Ramana Maharshi and Sri Nisargadatta Maharaj have shown us the way.  Many people, including famous people, have been to spend time with such Advaita masters or have spent time in sacred places seeking enlightenment.  Non-duality has become a growing trend, as more and more people seek truth, perhaps becoming frustrated with religions which are unable to lead them to that definitive, unequivocal experience of truth / God.

But similarly, non-duality can never provide the experience, nor be the truth, for it is simply a concept in our minds.  Here we are in the territory of direct experience.  The experience of That which non-duality points to, is like experiencing the tree itself by touching and smelling it, versus trying to experience the tree through the word ‘tree.’ So non-duality is what we experience.

And on any road to truth, there is no quick panacea.  The ego still hangs around like an itchy rash… 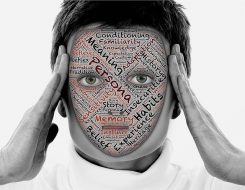 It seems to me that when someone awakens out of their body-mind illusion into the expansiveness of their real Self, this experience is so amazing, that there is a wish to stay there. One wants to stay in That and never leave.  And this is when the ego comes back in, for it sees enlightenment as no different to any other matter in life – it’s just another thing to be reigned over, only it’s cunning, as it knows enlightenment is very important to you.

After the first main awakening, the ego thrives by having the belief perpetuated (in you) that you are now healed, fully awakened, enlightened or whatever the words are for you.  The mind jumps into ‘I am awakened / I am God’ whilst denying dysfunctional aspects just underneath. It believes what is not healed, is healed.  And this ironically is the barrier to the sought awakening.  Healing requires the mind to come to terms with its experiences.  This self-acceptance often comes first at the mind level, then further awakenings and spiritual experiences may arise by Grace, as there will be the space within the body-mind organism for this to occur.

Just to say at this point that there is an assumption here that most people need to release inner dysfunction.  Now, as to whether there are people who do not need to do this I’d guess very few.  Avatars, spontaneously enlightened ones, yes…but most human beings seem to have some version of ‘I’m not good enough.’

Non-Duality as a Hiding Place

Isn’t there that popular quote that says (paraphrasing): Before enlightenment chop wood, after enlightenment chop wood.  In the same way if before you awakened there was pain and emotional hindrances, then post-awakening these are still there by and large. It would therefore be a spiritual practice to clear out the heavy load and come to terms with it, because the hiding from the shadow is what hinders you on your awakening path.

The ‘danger’ is that your problems and pain within the illusion can get side-lined because they are simply ‘illusory’, and (ironically) illusions about these issues can then arise.  But illusory doesn’t mean we don’t need to tend to the illusion, we just need to understand it in the wider context and see it for the illusion it is, but not overlook it as if it is not important.  If we should do that, that is then perpetuating the dream, rather than coming from Truth.  Honesty is vital on the non-dual path.

Non-duality simply tells you that you’re missing reality.  But it doesn’t say that you’re not responsible for what is created in the dream of maya.  You cannot hide from your own ego eternally, but the capacity of humans for self-deception is great. ‘You are the witness’ is music to the ears of the ego which wants to not be responsible.

The Psychology Of Deception

Here is a video about the psychology of self-deception which I happened to come across and found engaging.  It’s not non-dualistic but rather is about the capacity of human beings for self-deception.

So, what to do then on this non-dual path with all our multi layers of complexities that keep us in the dream?

The ultimate non-dual answer to this questions is: Do nothing, just be the witness.

This is so true on the absolute level, but until our body-mind organism is freed up from our dysfunctions, the ‘do nothing’ can be just an escape. So inner work is called for, and as we do this clearing of the decks space is created, the mind quietens, and Grace is invited by this clearing.

The clearing of mental and emotional hindrances is a spiritual practice on the non-dual path, or indeed any path.

A final thought – as a born and bred Indian, who was going to temples and partaking in pujas as a little girl in northern India, I can see that spiritual teachers have set themselves up as ‘Advaita teachers’ displaying photos of Ramana Maharshi as they give satsangs, sometimes changing their name to add in an Indian term at the beginning or the end.  What’s all that about?  What’s with the ji on the end of name?  Don’t they know names are just labels, and they are precisely what get dropped when the ego gets dropped?  So why enhance their own name?  It makes no sense from a self-realization nor from Advaita’s everything-is-illusion-but-Brahman points of view.  In fact, the more labels you add onto yourself, the more will need to be dropped as you let go of the ego.  Isn’t there already enough accumulation that needs to be dropped, why add more.  Perhaps their ego didn’t really get dropped.  It’s probably the white shadow going on – more on that perhaps in another post, but check out Stuart Wilde on what he says about that.  Best to just stick with your own name – if it’s something common like John Smith, it makes no difference, it’s no impediment to realization of Self.  Ramana Maharshi did say to just be yourself.

Your duty is to be and not to be this or that. ‘I am that I am’ sums up the whole truth. The method is summed up in the words ‘Be still’. What does stillness mean? It means destroy yourself. Because any form or shape is the cause for trouble. Give up the notion that ‘I am so and so’. All that is required to realize the Self is to be still. What can be easier than that?  ~ Ramana Maharshi

Besides, the people that enhance their names to make them sound Indian, obviously don’t know that ‘ji’ is not a name you add to your own name, it is a Hindi “gender-neutral honorific” and means respected.  You profer ‘ji’ to others, you don’t claim it for yourself.  So in India I can say ‘Hello, Mary ji’, (hello respected Mary) but Mary can’t say ‘Hello I’m Maryji’ – this would be saying ‘I’m respected Mary’ – laughable really.

Indian words and names are often used subconsciously because they sound lofty and spiritually high-ranking.  It’s linked to an elitist view of oneself, which misses the whole point about Advaita’s maya (worldly illusion).

In the end, we have to try not to fit our own experiences into a set path with a defined name.  That’s the same as a dogmatic religion, it’s the same energy.  We must tread our own independent spiritual path – we must forget all such labels, Indian or otherwise, stop adopting Indian terminology and stand in our own truth.  Then our pure heart will pull in the shakti, the Divine power, and all lower energy concerns like names and lineages will not matter, and that’s what matters.