Pondering Death as a Spiritual Practice 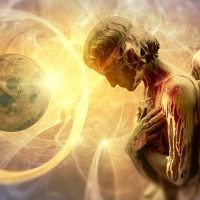 Pondering Death as a Spiritual Practice

Death…the word can instil an instant fear and recoil in many people.

In society, talking about death is said to be ‘morbid’, but what about if not talking about death was actually what was morbid?  The dictionary says morbid means “an abnormal and unhealthy interest in disturbing and unpleasant subjects, especially death and disease.”  Instead, I’m proposing here that speaking about death is healthy, and avoiding the issue of death is unhealthy – to our emotional and mental health, not to mention spiritual.

Since I can remember I was intrigued by the rebirth cycle of life, especially stories I heard as a little girl of people who had remembered their previous lifetimes. I recall one of a young boy who took his current family to a house where he said he had lived in his previous lifetime, and sure enough the people in that house said they had lost a son, and the story seemed to fit.  Later, I started reading books and watching videos about what happens after we die and people’s near death experiences (NDEs).  My fascination with death was and is not morbid, but rather the opposite – it’s an impetus to understand the nature of life, this very thing we are living in this moment now….and who we are and what truth is.  Intuitively I felt that to avoid facing that seemingly final event, was to understand the microcosm, but not the macrocosm.

Many people are not able to broach the subject of death, even as they lie on their own death bed.  It seems death has become such a loaded subject, and triggers our deepest fears, that discussing the subject means we must start to face these fears.  This is of course hard to do, especially if physical pain and ill health might be taking most of the energy, leaving emotional and mental resources low.

That’s why it is vital to consider – and revise as we feel guided to – our views of death before we get to that stage.  And what is in our heart and mind the moment of our death is critical to what happens as we move on from our body and mind into the spirit world as soul.  This article illustrates this point.  If we remain in a state of acute fear and distress then the passage of the soul will be harder.  It’s simple really – at the point of death think of God, and go with the flow.

Whatever object one remembers while leaving the body, that alone is reached by him.

– Lord Krishna to Arjuna in the Bhagavad Gita (Shloka 8.6)

There is only one Truth (including regarding what happens after death) and this encompasses all other truths!  Death isn’t really so much an enigma, as a mechanism by which karma can be cleared.  If we remembered the whole picture upon incarnating into a body-mind, we would not learn our lessons and evolve.  So most of us remember gradually.  There are a tiny few mystics and awakened ones over time who have had little or no karma.  We too will/can get to that point, it is simply a spectrum of evolution, and the only way is up!  Ultimately, the ‘up’ is already here!  The issue is all the heavy body-mind-emotional layers that cover that realisation.

Just over a year ago my father passed away – or as I prefer to say – left his body.  He had had several health problems for many years before.  Death could have visited him at many points during his health issues, and was coming closer and closer all the time.  I remember asking him one day during this period whether he wondered about what would happen after death.   I wanted in some way to get closer to him, to have a real discussion about this impending event that was around the corner for him, maybe to be a support if I could.  I was interested in what my father felt about death.  He wasn’t ready to discuss such a topic and he shut down the conversation.   I realized it was a no-go area.

I definitely feel that Dad is still around as opposed to not being in existence at all which many people wish to believe occurs after death.  Many wish to think that after death they are going to be nothing, that they will just fizzle out and simply won’t be. For some, it gives them a get out of jail card – they can say and do what they like in life because ‘it won’t matter after I’m gone – I won’t know.’

But this is not how it works.  It is not possible to go from being a human being with all the complexities to a big nothing after death.  The universe cannot and does not work that way.  Energy created must be balanced.  Existence cannot become non-existence, for everything is alive.  And everything is energy.  There is nothing in the universe that is really nothing, for everything is energy, and energy is something.  Even the void, nothingness, emptiness that are experienced along the spiritual awakening journey, are not nothing.  It’s somethingness.   This Source Consciousness is our ultimate and common ‘DNA’, and it cannot be destroyed.  But it can and does take on shapes and forms that give rise to a perception of apparent existence, and death is but the transition from one apparent form to the cessation of that form, when we then go on (though the concept of time also slips away at that point) to exist in a formless, but nonetheless conscious state.

Conversely, some people are afraid that after death there is indeed a big black nothing, and want to be assured that they will still be.  To those people I say read what the Vedas say, or other spiritual materials, also NDE information.  There is a vast amount of information that can be accessed about life after death.  Ponder what ‘version’ feels right to you.  In the end, if there can only be one Truth, one explanation for everything… then this will open up for all people, at some point.  For the nature of truth is for it to be revealed.  Life veers towards truth within all people.

Here is a fascinating video ‘What really happens when you die’ from a neuropsychiatrist, Peter Fenwick, who has done a lot of research into the NDE phenomena.  He explains the process of dying clearly, based upon talking to nurses as well as dying patients.  It’s interesting how he emphasizes the great need at death to give up all attachments, and then the merge into non-dual consciousness.  He talks about the difficulty of giving up guilt, and how our capacity to give up attachments to material things for example will determine how difficult the process of dying he says will be.  Really worth watching if you like me, find this topic riveting.

Every creature in the universe is subject to rebirth, Arjuna, except the one who is united with me. 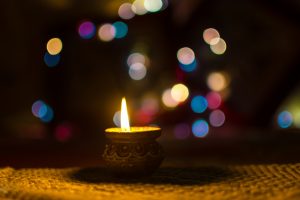 It is a useful exercise to get prepared for death by pondering it and working on unraveling and releasing fears and wishful beliefs about the subject – a deeply healing spiritual practice.

Then the knowledge from deep within us can be made know to us – that we are eternal souls, and this soul is what continues to live after our body dies.

For the soul there is never birth nor death. Nor, having once been, does he ever cease to be. He is unborn, eternal, ever-existing, undying and primeval. He is not slain when the body is slain.
– Bhagavad Gita 2:20

I heard an apt metaphor recently (sorry unable to recall the source) of death.  There is a play taking place and one of the actors decides halfway to simply walk out of his part and the play, and leaves the building.  The remaining actors in the play get upset. But in reality he has only left the building.

Annie Besant said in her book ‘Death- And After?’ (you can read a free copy online from this page): ” And at last he grows to recognise that fact of supreme importance, that “Life” has nothing to do with body and with this material plane; that Life is his conscious existence, unbroken, unbreakable, and that the brief interludes in that Life, during which he sojourns on Earth, are but a minute fraction of his conscious existence, and a fraction, moreover, during which he is less alive, because of the heavy coverings which weigh him down. For only during these interludes (save in exceptional cases) may he wholly lose his consciousness of continued life, being surrounded by these coverings which delude him and blind him to the truth of things, making that real which is illusion, and that stable which is transitory.”

Interestingly, it was Sri Ramana Maharshi’s dwelling on the question of death and his fear, that triggered his Self-realization, as he describes:

The shock of the fear of death drove my mind inwards and I said to myself mentally, without actually framing the words: ‘Now that death has come; what does it mean? What is it that is dying? This body dies . . . But with the death of the body am I dead? Is the body I? . . . The body dies but the Spirit that transcends it cannot be touched by death. That means I am the deathless Spirit.’ All this was not dull thought; it flashed through me vividly as living truth which I perceived directly. . . From that moment onwards the ‘I’ or Self focused attention on itself by a powerful fascination. Fear of death had vanished once and for all. Absorption in the Self continued unbroken from that time on.