Tony Parsons – The Perfect Lover (Video) and Already Being (Essay) 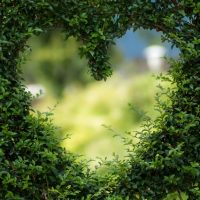 What is sought remains hidden from the seeker by already being everything.
It is so obvious and simple that the grasping of it obscures it. Never found, never knowable, being is the consummate absence that is beyond measure.
Looking for being is believing it is lost. Has anything been lost, or is it simply that the looking keeps it away? Does the beloved always dance constantly just beyond our serious focus?
The very intention to seek for a mythical treasure within life inevitably obscures the reality that life is already the treasure.
By seeking the myth it dreams it can attain, the seeker effectively avoids that which it most fears … its absence.
Liberation is like a fuse that suddenly blows, and all the little lights go out and there is only light.
This is not a message about you or me or anyone getting anything. This is about the realisation that there’s nothing to get … that what has been sought has never been lost.
This isn’t about seeking or not seeking; it’s beyond the concepts of Advaita and non-dualism and beyond the idea of reaching states of awareness or mindfulness. There’s no goal. There’s nothing on offer. This is totally beyond knowing.
This is really a description – a sharing together of a description of something that is beyond attainment, something that can’t be lost and also can’t be grasped or gained.
All the time there’s separation there’s a sense of loss, there’s a sense of a feeling that there’s something that isn’t whole. And so the seeker attempts to fill that void, fill it with something – whatever. And some look to something called “enlightenment” because it is felt that enlightenment might be the thing that will fill this sense of loss; it could be the answer to some secret that we don’t quite get.
And it sounds, when we read about enlightenment, as though somebody else has found the secret. But nobody’s found the secret.
There’s no such thing as an enlightened person. It’s a complete misconception. But the difficulty is that being seekers, the energy of seeking pushes us into being attracted to the idea that somebody else has found something that we can find, because we grow up believing that effort brings results. So, if effort brings results, and we’ve heard of something called enlightenment or liberation, we can make the effort and then we can become liberated or enlightened … like this guy up the road we’ve heard about, or that woman that’s giving satsangs. They have got something that I want. If I go there I will learn how to get it.
In the dream there’s still an idea that enlightenment or liberation is something that’s attainable. And so there are teachings that reinforce the idea that you are an individual that has choice, so now you, as an individual, can choose to self-enquire or to meditate, or whatever else, and eventually you could become enlightened.
You can go all over the world and find teachings offering something to get. It is rare, however, to find an uncompromising communication that offers nothing at all to the seeker.
This aliveness is nothing being everything. It’s just life happening. It’s not happening to anyone. There’s a whole set of experiences happening here and they’re happening in emptiness … they’re happening in free fall. They’re just what’s happening. All there is is life. All there is is beingness. There isn’t anyone that ever has or does not have it. There’s nobody that has life and somebody else doesn’t have life. There just is life being life.
This message is so simple it totally confounds the mind. This message is too simple. Already your mind’s saying, “Yes, but come on … what about the levels of enlightenment and what about my emotional blocks, and what about my chakras, they’re not all fully open? What about my stillness – I’m not really still yet, and what about my ego? Somebody told me I still have an ego … it’s a bit reduced but it’s still there.”
But all of that, all of those ideas are adopted lessons about how it should be. The ego is what’s happening. The ego is just being ego. Thinking is just being thinking. There is only being. There is just being. There’s nothing else. There’s nobody that’s running that. There’s no destiny, there’s no God, there’s no plan, there’s no script, there’s nowhere to go because there is only timeless being. Being is totally whole just being. And it is alive and fleshy and sexy and juicy and immediately this; it’s not some concept about ‘there’s no-one here’. It’s not some concept about ‘there’s nowhere to go’. It is the aliveness that’s in that body right now. There is pure beingness, pure aliveness. That’s it. End of story.
Really it is simply that. So there is no-one, there is no choice. There is no choice at any level. Oneness didn’t choose to become two. There is just oneness. All there is, is oneness being alive with nobody doing it. Is anybody doing breathing? Is anybody doing blood circulation? Is anybody really doing anything? No. There is just apparent doing. Apparent life in freefall.
There is no answer to life because life is its own answer. It’s happening already. It’s this. You never lost it. That’s the amazing thing about liberation. When liberation apparently happens people say, “It’s amazing because the thing I was looking for has never left me. It’s the one thing that never comes and never goes – the one constant that can’t be known or held onto.” And the one constant is being.
Tony Parsons
May 2008
~~ End ~~
[wp_ad_camp_4]

Wonderful non-dual perspective that I am now more fully shifting into. Such joy.

‘Going against the grain’ is the best thing you have done..( at least for me)! What you are sharing now is what I have been searching for all along.. Read more…

joyfulsunsrise, I am going to have to disappoint…It’s like I just can’t post channelled stuff about the Illuminati anymore. Reason is I am not sure about reincarnation and the supernatural anymore (ref Monty). Nothing wrong with it, but it would go against the grain to post some things I posted before. This is quite a revelation to me also, as despite about two-thirds of the traffic to this site dropping off, it still does not feel natural to post some of the usual stuff, and this also feeds the ‘mind’ and cements the prison walls of separation further. My time would be much better spent writing what comes spontaneously and naturally. Sorry to disappoint you! Love & Light

I am Something Nothing Everything
rupert spira
http://www.youtube.com/watch?v=-51TQCaGH6k&feature=plcp