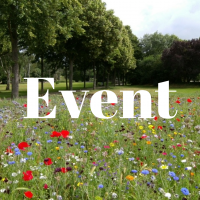 The whole teacher-student thing jars badly with me. It creates a separate-type scenario whilst trying to teach Oneness – how contradictory can you get.
Dear Reena ,
The Great Way is not difficult
for those who have no preferences.
When love and hate are both absent
everything becomes clear and undisguised.
Make the smallest distinction, however,
and heaven and earth are set infinitely apart.
If you wish to see the truth
then hold no opinions for or against anything.
To set up what you like against what you dislike
is the disease of the mind. ( First Para of THE GREAT WAY by third Zen Patrirarch)
IF ALL THE SPIRIT-UAL REALISED PEOPLE HAVE ALWAYS SAID ,ARE SAYING, AND WILL SAY .THERE IS ONLY ONE . there is only one subject – GOD . rest are infinite objects in the subject .
Then where lies the question of right or wrong, JARRRING OR BLISS . All is perfection personified eternally on all fronts. Some can experience the perfection ,most cant and keep working to reach that frequency to experience it in thier own ways, which they will make it finally, some way or the other, whenever as the DISEASE keeps reducing. EVOLUTION gurrantees it . ( my personal opinion only )
Also from the historic & traditional point of view from the way of YOG ( not YOGA )
the defination of a GURU is a lot diffrent as we understand in todays context and more so outside INDIA . It stands totally changed with Guides, Teachers & Masters from the concept of what GURU has meant in India since times immemorial . (not that India has a monoply over this subject, but from histrocial point of view as on date )
Guru is not a person – not a individual being . It is a flow of knowledge which has been flowing unbroken ( of course through persons only, passed on from teacher to another in succesion ) from 100s of years . Who ever stays with the flow and becomes one with the flow will become that and that is how it has been working in INDIA from so many years irrespective of TIME . And not many gurus are in Public domain really . Though i can count many many guides ,Teachers & Masters in India today in the public domain so what to talk of outside India . Without questioning or casting any doubts overs any ones abilities on any front for all the guides Teachers and Masters all across all i am trying to put on record is the ” Meaning of GURU ” , as it stands in the science of YOG . Please read this in that context only . Nothing more . How many guides Teachers or Masters can truly show that flow . Afterall yog was given by sun god to Ishvakoo , who gave it his son ………..and the tradition has been going on unbroken….to date . It is not necessary that all flows are known and publicised for commercial or name objectives .Who ever wishes to treat this as humbug is most welcome , too . To each thier own .
More over, any guide, teacher or Master is speaking in “HIS NAME ” is in whatever way, so called right or wrong is speaking on the SUBJECT only . They may not have complete knowledge on the subject but they have some, hence they are wanting to dispense it to who ever who does not even have that ,whatever thier motive ( that is why someone gets people to come to them ). BUT AT THE END OF THE DAY THEY ARE TALKING ON THE SUBJECT ONLY .
WHO IS ANYONE TO JUDGE, MAKE OPINIONS , PASS COMMENTS ON THE WORKING ON ANY ONE ONE ? But what to do . THE DISEASE IS EPIDEMIC ALL ACROSS , so it has continued , is continuing , will continue till Eternity . you need to pass time etc etc . most natural………….. !! The success rate in this science has been pathetically very low and will always stay so …………….!! it has to be or else how will EARTH survive with all its Dance & drama if the success rate gets very high . (on the lighter side )
THAT IS WHAT THIS GAME IS ALL ABOUT . TO GET RID OF THE DISEASE AND BE ” LIBERATED FROM THIER ILLUSIONS ” AND BE CURED FINALLY .
WITH MALICE TOWARDS NONE . LOVE TO ALL .

Dear Rajesh, I agree with you whole heartedly, the whole teacher-student thing is contradictory to permanent liberation, freedom and bliss. Along my path I journeyed and explored many teachers but none was able to impart to me what I was looking for (despite my belief that my search was over which it was not) – which was the permanency of the spiritual freedom and non-attachment I had been given a direct taste of in 2007.
No teacher helped with regard to the relative self / life (karma), they all speak of the Absolute, as have I too since 2007, and this is the easy part.
The hard part is the discharging of the patterns and circumstances which arise in our relative lives – it is not enough to simply believe that all is one and that we are oneness, ‘all there is this’ and so on and so forth. It is still the ego doing all of this spiritual stuff.
But very few on this earth can achieve Moksha (liberation) by themselves, and a guide or teacher is needed, but the sorts of spiritual teachers we see thesedays is not enough. That is just food for the ego. What is needed is a human who is fully self-realized or who can impart permanent self-realization on another. These are very few and far between. There must also be a sincere and deep desire for moksha, not simply a desire for ‘my teacher.’ This is where I am right now. The journey continues, and deepening occurs.

Yeah, liked that posting. Thanks Reena. Wish that Tony Psrsons came to NYC.

There are a lot of “Guru-Shops” out there!

Anything that we do to try and achieve awareness, oneness
or any state is simply do-ing and it’s like riding on a merry-go-round.
One never quite reaches where they think they want to be.
Stop do-ing and let the be-ing shine forth.
As far as teachers, all of life can be a teacher
if one is so inclined to seek one out,
or one can simply live, love and enjoy life.
Blessings

Is it possible that life, as we think we experience it, is simply an evaluation of a life that we have previously lived? this would explain ”Deja Vu”
Certainainly, when we leave our bodies, and look back, this world appears as no more than an illusion, a dream, and even our own ”bodies” are viewed by us with complete indifference, being perceived as no more important than the rusty old cars we drive around in.

Thank you Reena for sharing your thoughts. So what you’re saying that all stories are true, but none of them are :-). Knowing that (and we all do) we can watch life with humor.
I think breathing is enough to do. All other things will happen ‘from itself’. Some people might call that love.

Rob, indeed. Stories are a compensation mechanism for something we think we lost but we didn’t. The re-discovery of what is plain to see – the All That Is – is hidden by identification with the story. Yes, it is ironically funny that many people don’t really have a sense of humour – there is a seriousness and deadening due to story, but really nothing really matters. Even breathing – just happens, we don’t have to remember to do it (good job or every time we get lost in thought which is pretty much constantly we’d die! :)). Life just happens. That doesn’t mean we give up and sit there for life to just happen. The difference is the claiming of the credit for who is doing all the stuff that happens ((ha, or not claiming if we don’t like the look of it!).