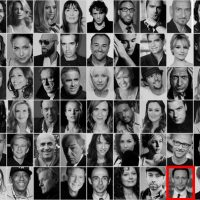 Unity is a documentary film about how humanity is deeply connected to one another. This post is about supporting this movement to help the production team finish it off and get it released.I am copying the whole email I received about it from a Nesara Yahoo Group I signed up to some time back. Spread the word if you feel so inclined. (Apologies – I think some images are missing, they were not in the original email I received either).Here’s the Wikipedia info ref this film: Click Here.

There are just 6 days left to go to contribute.

There is a video at the bottom of this post.

As we get closer and closer to the removal of the cabal and their influence/slime on daily life, it may be a good time to reflect on the kind of world we want to create and live in.

80 celebrities come together to narrate a full-length documentary film about the destiny of humankind and the purpose of existence.

Shaun, What is this?
Unity is a documentary film about how humanity is deeply connected to one another. Every human thought and every action has an affect on the world around us. Unfortunately, as our film portrays, for thousands of years, we have been fighting each other. So much blood has been shed because of the perception of differences between people, when in fact we are all made of the same matter and energy. You will learn that literally the stuff of the heavens is within us. All we have to do is step back and sit in our hearts. Once we recognize that deep-seated peace and presence within us, the veils of duality will vanish.

Wow, I’m fascinated. Tell me more!
This all started in 1999, when I produced my first documentary about humanity’s treatment of animals. The film was narrated by Joaquin Phoenix, featuring a soundtrack by Moby, and titled Earthlings. I continued to wonder why humanity shows empathy for some beings, but apathy for others. This “separation based on form,” or duality, is the central theme of Unity.

Why, I wondered, despite all our evolution and modernity, our self-help books and 12 step-programs, our macrobiotics and our yoga, why are we still such savages? After all, just consider the remarkable evolution and advancement of our civilization. We have high-culture religions, advanced technology and mathematics, and such incredible displays of music and art. And yet, regardless of all these marvelous achievements, the human race is still at war with itself, as we have been for 95% of recorded history. When will humanity end this perennial us-against-them perception?

“If the doors of perception were cleansed, everything would appear as it is: Infinite.” ~ William Blake

So in 2007, with this question of duality nagging at me, I embarked on a sequel to that previous film, and titled it Unity. For the past six years my colleagues and I have written and re-written, researched and filmed, and basically amassed a rather large quantity of material all with the intention of casting a very strong light on this contrast between apathy and empathy.

In this film, you will experience how all of us in the universe are connected. You will take a journey from the beginning of time until the present, and engage with events and people around the world. You will witness our current reality, a planet obscured by the obsession with the external. Unfortunately we do not easily recognize our innate similarity and equality. As you take this pilgrimage from the external to the internal, you will learn about how the laws of our planet are already within us. Everything is actually already within us and everywhere at the same time, as we are all made of the same fundamental energy. The heavens are right here, on earth. We just have to open our eyes to the true reality that exists, and allow the illusions to no longer consume us.

The Narrators
Because we had worked together before, the first person I asked to narrate the film was Joaquin, and he agreed. But then it dawned on me that, in the true spirit of unity, one narrator wouldn’t suffice. And that’s when we decided to do something completely different. Could we make a chorus of voices sound like one voice, and if so, how far could we take this? This had never been attempted before, but I knew it would work. So we went for it, and after two years of rather extensive effort, we successfully recorded an astounding 80 narrators for Unity.

The Soundtrack
For music, I turned to the incredible artists Sigur Ros, their front man Jonsi and his longtime companion Alex, whose ambient, ethereal sounds are not only incredibly cinematic, but evoke both awe and wonder. Such music seemed befitting for a message like Unity.

Ok…why Kickstarter?
Our goal is to raise a minimum of $800,000 to complete post-production and release the film within a year. Since we have so much raw footage from around the world, in multiple formats, codecs, frame rates and aspect ratios, (from high definition aerial photography all the way down to cell phone footage) all of the editing up to this point has been done “off-line” with video editing software.

To date, we have assembled a solid cut of the film that we are ready to bring into a professional “online” digital post-production studio. What we need is to re-master the final footage into one native format, (not with software, but hardware). We also need to add visual effects, titles, apply color correction, as well as adding Foley effects (which are the reproduction of everyday sound elements), and then mix the whole project together, including our score, and ‘master’ the final film for release.

If we can surpass the minimum goal of $800,000, then we have a self-release marketing campaign lined up that includes a limited theatrical run, merchandise, books, posters, DVDs and Blu-Rays, digital downloads, audiobook(s), social media, and more. In short, the more that can be raised, the bigger promotional push this film will receive.

I’m in…what do I do?
To become one of our backers, just click on the big green button to the right of our video. Kickstarter will ask you for your pledge, which reward you want, and how you want to sign up. Signing up is easy; you can even do it through Facebook.

We’re even offering some truly distinctive incentives, exclusively available for our Kickstarter supporters! All of these rewards will be Limited Edition items, such as artwork and/or art prints, books, the official documentary screenplay, first run DVDs and Blu-Ray’s, t-shirts, hoodies, interviews and meetings with the filmmaker(s), tickets to private screenings and premieres, even special credit in the film. But above all, you have a chance to actually be a narrator in Unity by saying a few lines in the movie.

Join the Movement
We look forward to sharing our story with you in the making and releasing of a truly one-of-a-kind documentary film. Please share this Kickstarter project with your friends!

We thank you from the bottom of our hearts for your contribution. We are thrilled to share our vision with the world, and we know that you will love it as much as we do.