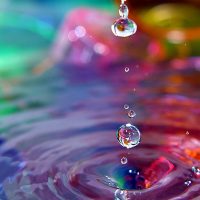 I am part-way through this video (below, 1.25h), but it is already quite incredible information. We know so little of that which we drink daily (well, unless you’re a breatharian lol).

This is quite remarkable information about water and its ‘aliveness’.

Water changes according to human emotion and other influences. It records its interactions with the world.

In the video you will see pictures of the structure of water produced by different human emotions, and the one where the water was thanked is a beautiful snowflake shape…whilst the water that had been ‘mobile phoned’ was unstructured. Quite amazing.

Well the Universe, and all within It, is ALIVE after all!

It’s time to start thanking the water we drink and use…What do you think?

I think water needs to be healed with our thoughts of gratitude…Like talking to plants…Whoever thinks that’s crazy talk don’t forget Prince Charles talks to plants (!) and all I can say is let’s try it (saying thank you I mean).

Need to finish the video myself….so much good stuff to get through!

“This fascinating movie spans the globe to reveal recent discoveries about water, the most amazing yet least studied substance in the world. Witness as researchers, scientists, philosophers and theologians try to understand this unique liquid and all its miraculous properties still waiting to be discovered.

It was there that Heisenberg and Bohr came to Einstein to tell him it looked like the minds of the researchers were affecting the results of the experiments. Mind was inexorably linked to matter. Einstein later said, “Everyone who is seriously involved in the pursuit of science becomes convinced that a spirit is manifest in the laws of the Universe-a spirit vastly superior to that of man, and one in the face of which we with our modest powers must feel humble.”

In this amazing film, Water, the Great Mystery, we can see that science has made a quantum leap into understanding how mind can be recorded by the most simple element in nature (water) and on the periodic table: H20. If water has memory, and its main component being hydrogen, then the whole universe would have memory. Hydrogen was born between 100 and 1,000 seconds after the big bang. It makes up 75% of the known mass of the universe and now is part of the missing mass equation.”

fascinating. even science is seeing that it’s all one.

Thank you for your information about water.