When Being Aware Reveals Itself (Again) 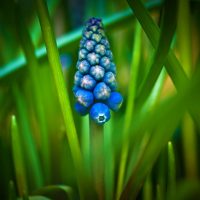 You may have noticed I changed the headline of this site to ‘One Body-Mind’s Journey Towards Being Aware Of Being Aware’.  This was following a great falling into being aware yesterday.  I’ll use the phrase ‘body-mind’ instead of ‘me’ or ‘I’ as that seems more apt today.

The falling into being aware (of awareness) occurred during and after watching a part of an interview with Rupert Spira.  My body-mind would like to say that I only came to know of Rupert’s book title ‘Being Aware of Being Aware’ after I had changed my heading initially to ‘One Body-Mind’s Journey Of Being Aware Of Awareness’ 🙂 And after I read the title of this book, I realized ‘being aware’ was more accurate than ‘awareness’.

The finding of Rupert Spira (as the teacher) occurred following a search over the last weeks for a spiritual teacher via whom I could deepen my own awakening.  Since the initial awakening some years ago the search for Truth per se had come to an end, yet that’s when another occasional search arose – the search for an enlightened / ‘fully’ awakened teacher. Because a teacher can take us further than we can take our spiritual path alone, it’s a quicker route.  It needed to be one who was further along than the level of awakening this body-mind had reached, as there’s been a wish to go ever deeper.  This teacher also needed to be living now, this I believe is the most effective option, since sages of the past were for that time, and teachings and nuances need to change to make them most relevant to current states of affairs.

In these last weeks I looked at many so-called teachers, and this body-mind became hugely disappointed.  The level of awakening of many seemed stuck in the remembrance of an experience they had in the past, often in India, and they did not seem to be in the here and now, on their own unique changing and deepening journey.  Instead, there seemed to be many layers of body-mind-ego stuff.  Or they lacked warmth and softness, or they seemed a bit scary which did not attract!  And many of the self-appointed “neo”-advaita teachers seemed to be trying to model themselves on Ramana Maharshi or other Indian sages and to recreate India over here in the west.  There is also evidence of compulsive liars, big business, hypocrisies and other such things which these teachers’ body-minds were or had been engaged in, whilst maintaining an image of an extremely high level of awakening.  Of course no body-mind is perfect, this isn’t about perfection.  It’s about a teacher’s depth of awakening and their being committed to that in humbleness and with a courageous heart.  So my own body-mind said ‘No!’ and took me firmly away from such teachers.  This sense of disappointment led to updating the latter parts of a previous post where some frustration was expressed “When Advaita / Non-Duality Can Be Just Another Place To Hide“.

I think the problem with setting yourself up as a spiritual teacher is that it becomes very hard (as an ego-self) to admit later (when one may have a deeper realization) that one’s awakening wasn’t what it may have been portrayed as (‘I am realized’).  To be humble about one’s attainment is what the body-mind will resist.  And isn’t this precisely the example that a spiritual teacher should set – to show the way of how to ‘deal with’ the ego’s resistances from within their own experience?  Otherwise it seems it would become a game for the body-mind mainly – to maintain a certain image.  In the end, this is simply asking for a major fall off the self-created pedestal.

UPDATE: In the process of considering spiritual teachers out there, there is always a return to the inner guru, and I am not sure anymore if a spiritual teacher is in fact needed, since this in itself can prevent one from becoming independent on one’s spiritual journey back to one’s self-arising awareness or God-consciousness.  I think this feeling comes up from the blocks that are inevitably seen within all teacher’s (that I have come across and they have been many over the years) teachings or message – in my perception anyway.  There is always some lower-level of body-mind being active, a discrepancy between the absolute attainment / abidance they speak of, yet seeing in actuality that they do not always abide there either.  Some irritation they show, an impatience, some inauthenticity etc.  The worshiping of a teacher is a momentum of one’s ego-self giving away its own divine power.  Even Ramana Maharshi showed anger at times – according to those who spent time with him.  Ramana did not go out to find followers I believe.  Followers instead came to him and put him on a pedestal.  But no drop in the ocean is better or ‘more realized’ than any other drop.  He pointed to this.  So did Nisargadatta Maharaj – he said: “Your own self is your ultimate teacher (sadguru). The outer teacher (Guru) is merely a milestone. It is only your inner teacher, that will walk with you to the goal, for he is the goal.”  What they have attained we can attain, they said.  What they are made of (God-Self), we are made of too.  So for myself, I’m always led back to my own discernment and experience.  And my current conclusion is that a teacher is helpful along the way (a milestone as Nisargadatta said), at different points on one’s journey, but there is no absolute teacher who has attained the ultimate in a permanent sense.  Only God, within us, is that teacher.

I notice that the being the awareness continues today, as I write.  There is a slipping in and out of this, from moment to moment, from sentence to sentence.  But in a general sense something seems to have moved away from identification with experience to being aware of the experience.  It’s a peace that is very welcome.

There have been many such moments along the journey, after the initial spiritual awakening some time ago.  In all these experiences of awareness, it is the same thing – dis-identification with occurrences, thoughts, feelings, and just being in the awareness of experience, letting things just be what they are.  And each time the falling into this is deeper.  One thing that is there now as compared with the initial awakening, or other such moments of deepening into Self, is that there is deeper understanding that we are not just ’emptiness’ but that which is aware of the emptiness.  It’s the awareness part I didn’t get in quite this way.  It’s so simple when you have such a realization, you wonder how you missed it till now.  Of course there are many ways that one can describe this realization of falling into the empty, aware space.  Today I’m interested in the concept of aware of being aware, tomorrow it may be more devotional so it may be more about using words like God.  Just semantics in the end however.

How fascinating is this journey.

There is a thought that I should add at the top of posts ‘body-mind post’ or ‘being aware post’ – as this site covers both, depending on how identified I am with the separate self, but at this point it’s just a thought. I think this thought comes from the way the awakening to awareness journey goes – meandering this way and that, often identified, which then at some point leads to egoic body-mind illusion falling away.  These last few weeks it feels like a strong push in this direction.